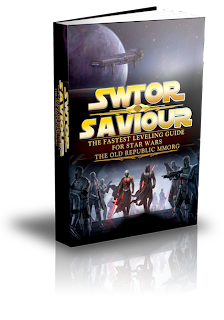 Since its development was first announced, the release of Star Wars the Old Republic has been awaited with much excitement by both Star Wars and MMORPG fans all over the world. Set several thousand years before the the existence of Darth Vader and the other Star Wars characters that have become so familiar to followers of the highly successful franchise, players of SWTOR enter a world that has been shattered by years of war between the Imperial Forces and the Republic. Though the Treaty of Coruscant ended the fighting, relations between the two sides have continually deteriorated, leaving new players to find out for themselves whether the tensions will escalate into war.

Star Wars the Old Republic brings with it many difficult choices, including the gut-wrenching decision of which side to align yourself with. Many players will find themselves overwhelmed by the amount of new material that is included. There are totally new classes, each with their own unique history and benefits, and many questlines spanning over multiple planet systems of the Star Wars galaxy. The concept of space combat implemented by SWTOR is also completely new, with many challenges involving asteroid fields, enemy fighters, and battles with huge fleets of ships. Space exploration is also an important part of the game, and in the process, players can experience all the stunning graphic elements that have become synonymous with SWTOR.

Many common MMORPG features have been revamped with SWTOR and given a new and refreshing look. The PvP system has several Star Wars-themed scenarios, each with different goals, including the innovative Huttball. Companions can be acquired to assist in various activities, and once a team has been assembled, the team can be assigned needed tasks, such as gathering and crafting items or individual and team missions. In order to increase a crew's usefulness, a crew skills system has been implemented that allows the player to choose which skills are most important to his or her crew. Flashpoints, or what many players refer to as "dungeons" require a team to overcome, and offer various rewards upon completion. With the many helpful skills and benefits they offer, guilds are also a huge plus when playing SWTOR, especially for the purpose of completing Flashpoints and raids, which usually require group coordination.

The level of detail that has been established in SWTOR is very high, and the game spans over an immense storyline and vast area that may confuse many players, including those that have experience with gaming and even the MMORPG field. Because the game is so new and there are many difficult decisions involved, it can be very helpful to get a SWTOR class guide. These guides provide a more in-depth discussion of the various classes available and other helpful information, including leveling tips, gear and weapon advice, and PvP tools. Crafting is also a topic covered by SWTOR guides. When considering what guide to choose, only SWTOR Savior has all the important information that new players need, and is based on actual experience with the SWTOR beta!

You can download the guide by following this link:
Savior Guide